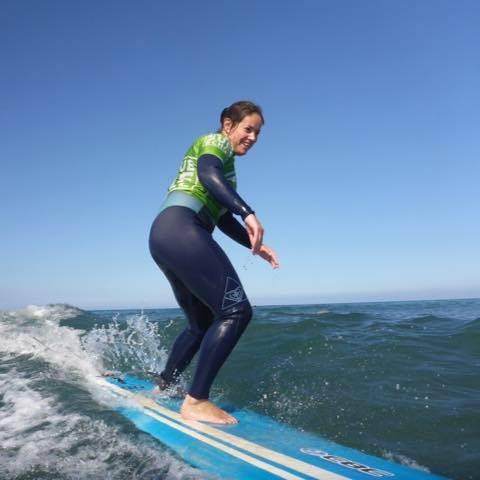 24 Oct Back on the Board | Those First Post-Baby Surfs

Posted at 00:01h in Culture by Rachel 0 Comments
0 Likes
Share

This week I enjoyed a surf with one of my good friends who was getting back into the water for the first time after having her baby.

As a mother of two myself, I knew how big a moment this was for her.

When I took the same step after having my kids, I remember thinking that there was a lot of information available about pretty much everything to do with mothering and babies, but not a great deal on becoming a surfing mum. So, although not an exhaustive list of all the highs and lows, here are a few of my more vivid memories of those early post-baby surfs. 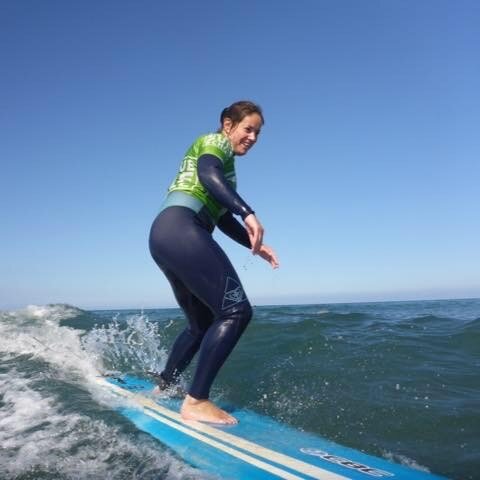 Your pre-baby wetsuit may not fit…

And that’s ok! you’ve just spent nine months creating a human and however many months tending to the little person in a sleep-deprived haze. I will admit that after one attempt I gave up and purchased what we now affectionately call the “maternity wetsuit”.

These days my maternity suit is often loaned out to visiting friends, mostly male, which always amuses me given its original purpose. But it had its day; it kept me warm, enabled me to pop up (kind of…more on this later) and paddle. Basically, I could move – which is essential for surfing – and therefore ruled out attempting to squeeze into my pre-baby gear.

On the upside, getting in and surfing certainly helped me to get my body back and eventually I found the surplus neoprene in the legs and arms of my maternity suit was filling up with water and I was back in my old suit and feeling great about it.

Clearly not. But if you are anything like me you might find your imagination runs riot the first (or even second, fourth, tenth) time you leave your little bundle and hand yourself over to the mercy of the ocean.

Some of my more farfetched fears around sharks and tsunamis were clearly unlikely to come to pass and were quickly allayed but gone was the pre-baby abandon with which I paddled into waves or recovered from wiping out.

In my case, I found that as the kids got older and I got used to leaving them, my mindset became more relaxed. I was never a reckless surfer, but I am more safety conscious now that I am a mother. In my view, you can never respect the ocean too much. 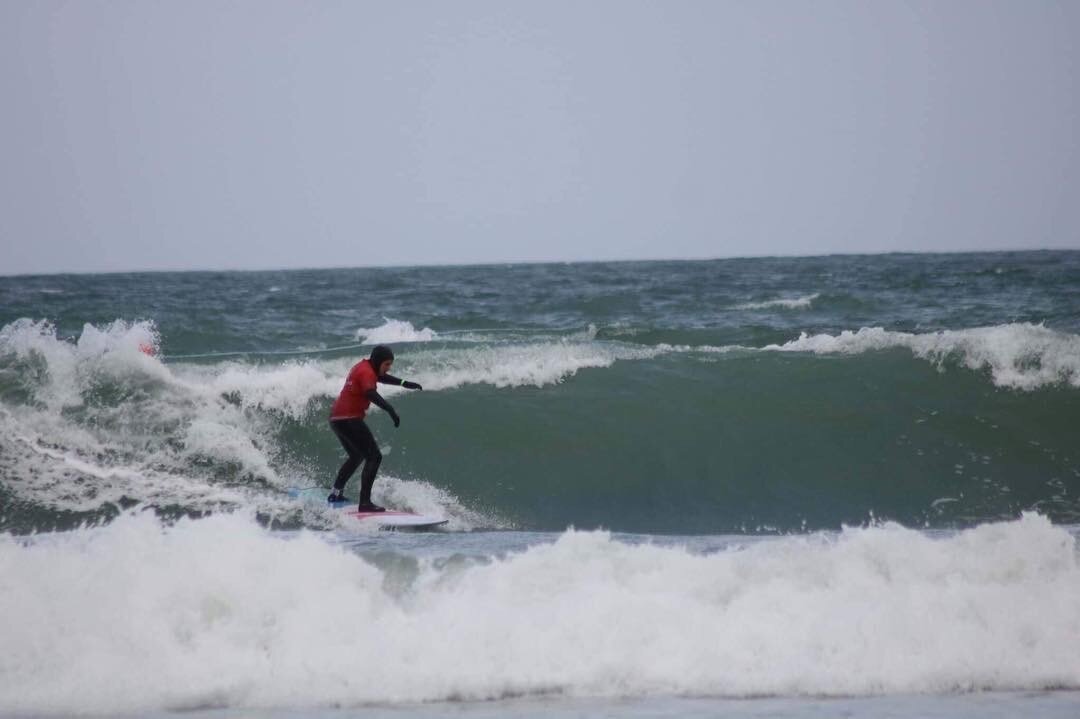 Your body and brain might not talk to each other

The words “pop” and “up” may feel a long way off the first time you try to surf again. In my case it was as though at some point in my pregnancy the wires connecting my brain and core had been cut and someone had forgotten to re-attach them post-birth. I flailed around, clambering about on the board, barely able to stand in the water.

A wise woman once said to me that for each of the nine months of pregnancy, it takes a correlating period of time for your body to recover. I have no idea if this has any medical foundation, but by about 9 months post birth I was back at my old level and my brain and body had been reconnected.

After my second pregnancy, just knowing from last time that I’d get there in the end made it so much less frustrating. I would even say that I enjoyed the journey, seeing my fitness return and reaching each progression milestone.

Now that my babies are little people, school, my work commitments and their extracurricular activities shape my day. Surfs are planned around family life either at the last minute or well in advance of knowing what the conditions will be. Sometimes you luck out and sometimes it is a total disaster.

This may sound frustrating, but I find I am quite sanguine about it. I am grateful to be able to get in the water regularly and even more grateful when I time it right with good waves. Plus, it’s far less disappointing when it doesn’t work out if you haven’t put any effort into planning it.

My kids are just starting to catch their first waves so hopefully, the time will come when we can all surf together – then we can get back to checking the tide times again.

You can follow Lizzie and her crew of mini-surfers here: @city_to_beach.

We think pregnancy and surfing should be talked about more in surfing media and we want to hear from you!

Do you have a story you’d like to share with Women + Waves? A question you want to ask? We’re super easy to reach – Just drop us a comment or direct message on Instagram or Facebook. Alternatively, send us an email at hello@womenandwavessociety.com

Sorry, the comment form is closed at this time.