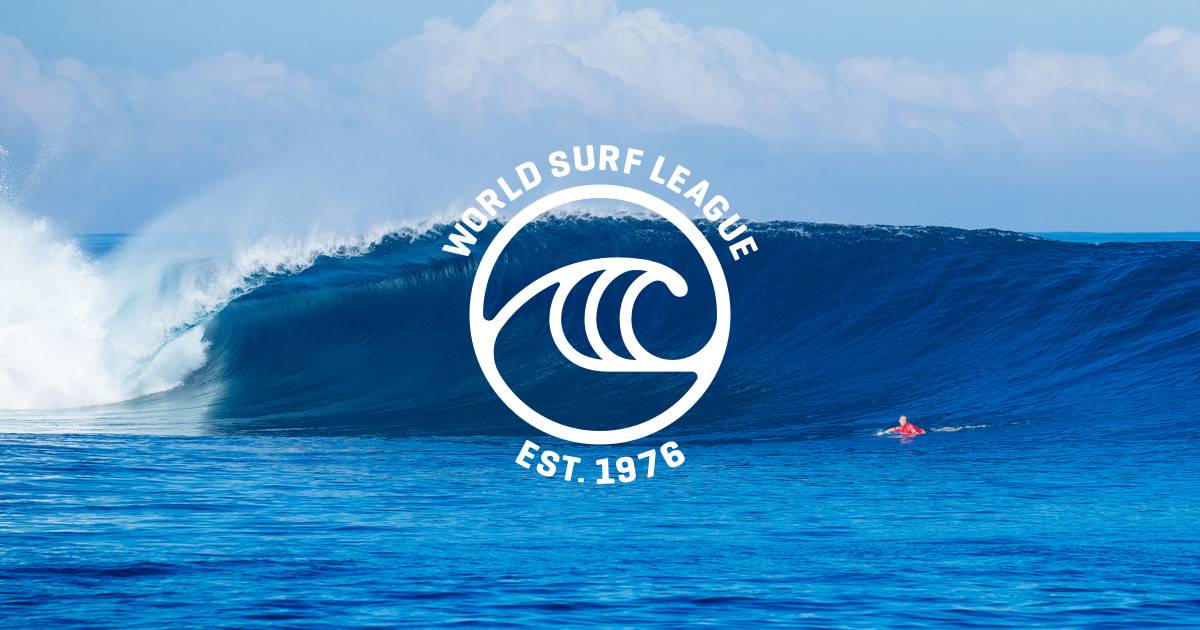 Posted at 13:07h in Uncategorized by Monica 2 Comments
4 Likes
Share

SURFING WITH THE PROS IN THE WORLD SURF LEAGUE (WSL)

These aren’t just surfers, these are athletes! 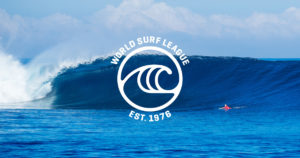 Watching surfing is not only entertaining, but it’s a great way to improve your own surfing skills. Whether that’s watching the pro’s techniques to perfect your own, or simply to inspire you to get out more and practice, practice, practice!

But how does it work? There are a few rules and regulations to understand, but it’s mostly about watching these athletes battle it out to become the best in the world. The commentators for each event do a great job of explaining what is happening but here are a few pointers to help you know what each surfer is aiming to do.

How is the score calculated?

Heats are made up of 2-4 surfers and last 20-30 minutes (this doesn’t include the paddle out time). Each wave caught is scored out of 10 by five judges. For every scoring ride, the highest and lowest scores (of the five judges) are discounted and the surfer receives the average of the remaining three scores. The surfers two best scores are added together to make their final score out of 20. The surfer with the highest score out of 20 is the winner. 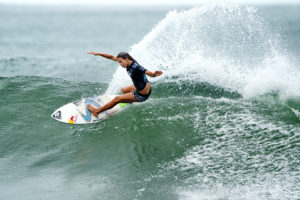 What are judges scoring on?

Who gets to surf each wave? The priority rule explained.

The first surfer to catch a wave in a heat automatically has priority. The surfer with priority has the right of way to catch any wave they choose (it’s their ‘turn’, to catch a wave until they paddle for a wave and miss it or they paddle for a wave and catch it). If two or more surfers have caught a wave and need to get back to line up, whoever paddles there faster will get priority. That is why you will some times see competitors racing to paddle back out to the line up before their opponent. They are then effectively at the front of the queue for the next wave. This just goes to show, it’s not just the best wave rider that makes up the best surfers on tour, but also the best paddlers. The surfers with good knowledge and approach to strategy will be the ones that are most likely to get priority and get the chance to catch the best waves!

Can a surfer lose points?

Interference penalties are given if a surfer hinders the scoring potential of a surfer with priority. If a surfer drops-in on their opponent or paddles in the way of their fellow competitor then the judges may deem that they have interfered with the scoring potential of that surfer’s ride and will punish them for this! In most situations, the heat score of the surfer at fault will only be calculated using their best scoring wave, which makes it almost impossible to win a heat as you are at such a disadvantage. 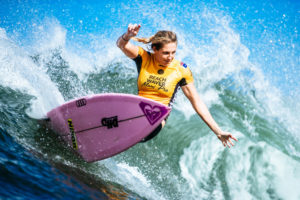 How does a surfer win the competition?

The surfer with the highest score in their heat moves onto the next round. They will take on another surfer who has progressed through their heat from the opposite side of the draw. Each round at least half of the surfers are knocked out of the event, while the other half progress to the next round. This continues until only two surfers are left, they will compete in the final. The surfer that achieves the highest score in the final is the winner.

How does a surfer win the tour? 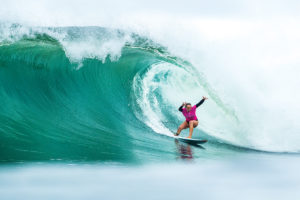 Traditionally, after each competition, points are awarded for each place. 1st place receives 10,000 points, 2nd place gets 8,000 points and so on down the table. These points are added together after each competition to create the CT rankings. It used to be that at the end of the tour, the male and female surfers at the top of the rankings will become the WSL Champions. But for 2021 the “regular season” will now take place from December through August before moving to the newly created WSL Finals in which the top five men and top five women in the world (based on their year-end ratings) will compete for the world title in a one-day surf-off, winner takes all. We can not wait to watch this!! 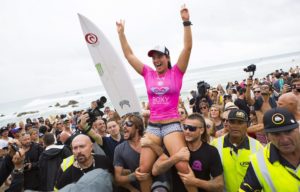 Over the next few months, we want to keep you updated with all the action, from competitor profiles to the scores on the doors. After a short pause from the first round last year, round 2 will begin next month. Get ready for an epic season on tour!

We’d love to hear who your favourites are to be the top 5 surfers that compete in the WSL Finals? Drop us a line in the comments below.