26 May 7 Top Surf Film Classics You Need to Watch!

We’ve said it before and we’ll say it again – one of the best ways to improve your surfing (apart from getting in the water!) is to watch surfing. And these surf film classics should be top of your watch list!

From Bruce Brown’s iconic Endless Summer and Ann-Marie Chadwick shredding at Pipeline in Blue Crush, to Belinda Baggs noseriding in Thomas Campbell’s Sprout – these films will get you stoked for your next surf, wherever you are right now. So call up your surf sisters and get the popcorn ready – it’s time for a movie night! 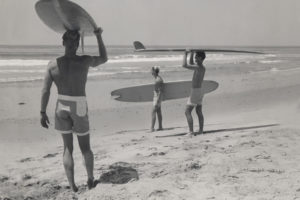 Mike Hynson and Robert August travel the world in search of surfing’s Holy Grail: The Perfect Wave. What could be more iconic than that? With wry narration from Bruce Brown himself and a soundtrack scored by the Sandals, the answer is: not much.

Iconic moment: It’s got to be the Cape St. Francis clip, where the crew climb over the dunes to find one of Africa’s many right-hand point breaks in empty peeling perfection. Take it from Brown: “The rides were so long I couldn’t get most of them on one piece of film.” This scene makes us so excited to explore the waves of North Africa on our next Morocco trip! 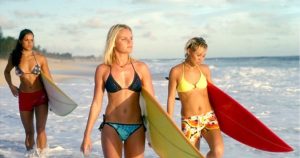 How could we forget Blue Crush? This is the film that ignited the passion of so many surfing women around the world, including Women + Waves founder Rachel Murphy: “Watching this film still gives me goose bumps.” Three broke surf girls take on the world-class waves at Pipeline in the ultimate surf sisterhood film. Our favourite part is when pro surfer Kate Skarratt paddles up to a shook-up Anne Marie in the middle of their heat to take over to the peak. We like to think this happens in the real CT.

Iconic moment: When the three girls turn up at the beach to find triple overhead waves detonating on the beach. That, and Anne Marie’s epic barrel at Pipemasters. 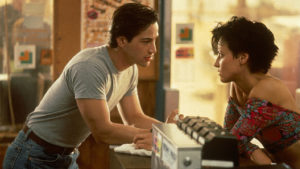 In this 1991 iconic cult surf film, rookie FBI agent Johnny Utah (Keanu Reeves) goes undercover to track down a gang of bank robbing surfers. As he infiltrates the surf community he gets linked up with the gang’s leader, Bodhi (Patrick Swayze). A little cheesy at times, but a must-watch if only for Tyler Endicott (Lori Petty)’s tomboy style and take-no-shit attitude that still inspires us 20 years on.

Iconic moment: The scene where Tyler slips into some denim cut-offs before climbing into her convertible Porsche. We like to think we look that cool getting changed in Fistral car park, but hopping around with a 5mm wetsuit round our ankles doesn’t quite do it. 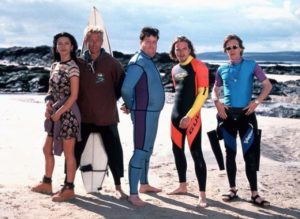 Filmed in Cornwall’s very own Badlands (aka St Agnes), Blue Juice put some of our local spots on the big screen in 1994. The surf scene back then consisted of chasing waves and secret raves in quarries (any local knows someone who was an extra in the rave scenes). And how cool is it to see Catherine Zeta Jones in Cornwall?!

Iconic moment: When a spray-painted Terry emerges from the strobe lights at a rave as the Silver Surfer. Something you’d only see in Cornwall (probably at Masked Ball). 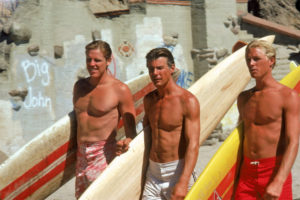 Set in 1960s California, this classic follows three friends through surf trips, parties and dodging the war draft to Vietnam, all to the backdrop of Californian hedonism. The friends drift apart and reunite once again for the ‘Great Swell of ‘74”.

Iconic moment: The garbage guy Bear’s reaction to the building swell that day: “That’s just the lemon next to the pie.” It’s only going to get bigger… Who’s heard this one at their local break before? 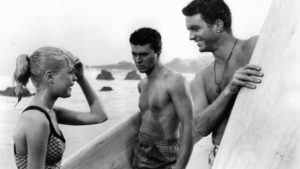 We don’t know what we love more – the retro surf suits, the classic logs or the spunky Gidget herself, based on the real-life Southern California surfer girl Kathy Kohner. After becoming obsessed with surfing in the summer of 1956, Kohner convinced the Malibu boys to teach her to surf. She wrote all about it in her diary, which she then gave to her screenwriter father to make the film that skyrocketed surfing’s popularity.

Iconic moment: Sandra Dee in a retro orange swimsuit surfing on the shoulders of James Darren. Who’d have thought that 70 years on, there’d be more girls than guys out in some line ups around the Cornish coast? Guess we have Gidget to thank for that!

We all dream of surfing uncrowded peaks, but not everyone would build their own boat to get there. In this 1972 documentary, George Greenough does just that, and takes Californian Richie West and Australian world champion Nat Young along for the ride.

Iconic moment: Probably the last 25 minutes, a psychedelic slow-mo edit of dreamy underwater footage, set to Pink Floyd’s classic track Echoes. Greenough was the first to ever capture such footage from inside the curl – little did he know, his homemade model would be the inspiration for the GoPros we use today at our surf coaching weekends! 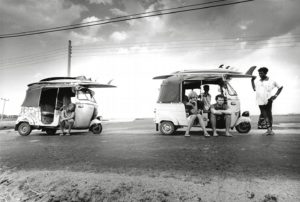 If you’re looking for an education in alternative surf craft, Thomas Campbell’s Sprout is the film for you. Eggs, fish and single fins with some epic body surfing slide side by side in this jazzy celebration of authentic surf culture, shot entirely on 16mm film. Probably the coolest cast ever too, with big names like Kelly Slater and Gerry Lopez and longboard legends Joel Tudor, Devon Howard and Kassia Meador in all their nose-riding glory.

Iconic moment: Our favourite part is where elegance meets the glide in Lady Slide. “It’s a rare occurrence when you see a woman riding a proper single fin longboard. But when you do, and it’s done right, it’s one of the most beautiful forms of surfing there is.” Couldn’t agree with you more, Campbell.

What are your favourite surf films? Share them with us in the comments below!